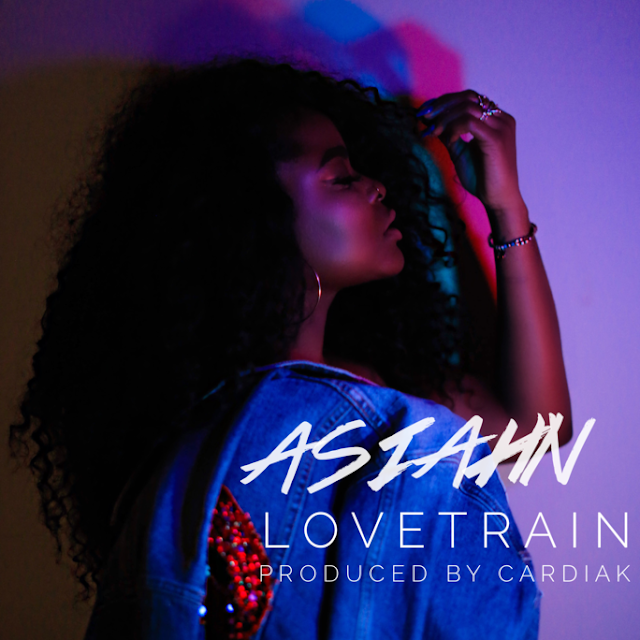 LOS ANGELES, CA – Asiahn has had a career that most musicians would kill for, and she’s still in her 20s. She’s collaborated with Dr. Dre on the Grammy-nominated single “Just Another Day” from the film “Straight Outta Compton” – with a vocal feature that made the final cut of the film. She’s written and provided vocals for the Billboard Hot 100 single “Booty” for Jennifer Lopez. She’s written one of Miley Cyrus’ hottest hits, “Hands In The Air.” And hundreds of other songs she’s written have been featured through multiple other artists and on various other television shows and films.

But despite all those accolades, she has never released her own solo project. That all changes with her eight-song EP “Love Train,” which dropped on Jan. 7 and is currently available on all digital download sites – such as iTunes, Spotify and more.

“A lot of people forget that I was an artist before I became a songwriter,” Asiahn (pronounced Ahh-Zee-Yahn) said. “I wrote my first song at age 9, but by then I had already started singing the national anthem at Hornets games and performing in singing competitions. I was signed by DCM Entertainment and Sony at age 15 and I recorded my first demo at Ludacris’ house. I didn’t start writing for others until 2011, and that really took off around 2013 and I’ve been writing for others ever since. People stuck me in writer-ville and forgot that I was an artist. But I really can sing. I’m not just a rapper who fiddles with songs – I can actually sing. People tell me all the time that I sound so amazing and that I should put out my own thing. I finally listened to them and created this EP.”

Asiahn said “Love Train” is an album that tells a story from beginning-to-end of the ups and downs of a romantic relationship. She said there are songs about break ups, pain, brutal truth, betrayal and new hope. She said the content of her lyrics are such that almost anyone will be able to relate to it, and her soulful vocals and smooth vibe create an experience that anyone listening will want to put on repeat and return to again and again.

“This project is completely real,” she said. “There are no made up stories. It’s all organic and you can feel it. I’m not always going off my own feelings and why I feel different, but what everyone says about what they feel in their relationships. I listen to what other people say they feel and the emotions they deal with, and I put that into my music. This album is completely me. It’s a project that shows you I’m facing my truth and my music and showing the world how that makes me different.”

The EP is executive produced by Grammy-winning producer Cardiak, with co-production from Rahki, Bongo and Swift D. There are no features on the six songs or two interludes, however – it’s all Asiahn, raw and real and beautiful.

The first single off the album, “Faded,” sets the tone for the rest of the EP. She describes it as a mid-tempo song that could be played at a club or just on in the house or the car while people are chilling. It’s a song that talks about disregarding all the drama that the other person in a relationship might be creating and just embracing the things that make you happy and that you want to do.

“I’d rather be faded than think about all the messed up things you’ve done or promises you couldn’t keep,” Asiahn said. “I’d rather go out and have a good time and not even be around you.”

Fans who want to sample the single can find it, as well as links to the full EP, on her website asiabryant.com. Fans can also find out more about upcoming music releases or live performances by following her on social media at Twitter, Instagram and Facebook.

Posted by ashleyburnett at 2:06 AM