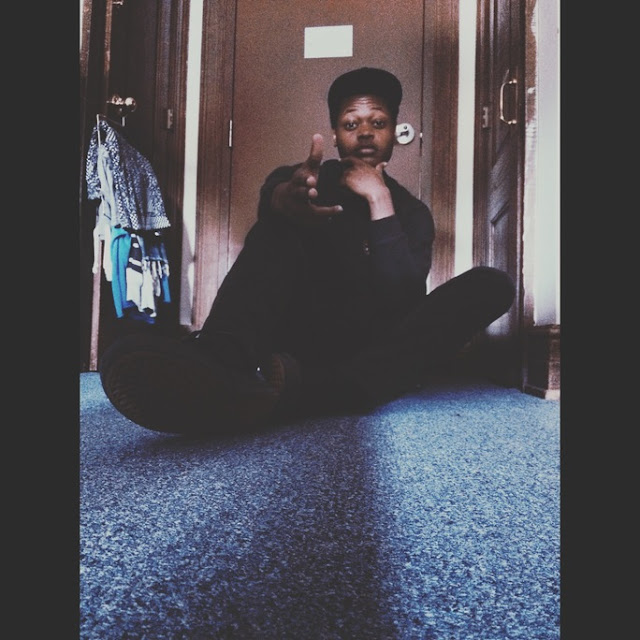 WILMINGTON, DE – For all of his life, Elijah Dixon has been surrounded by faith. His mother is a deeply religious woman who brought him to church and encouraged him to be involved with the choir. He spent most of his childhood and teenage years singing in the Gospel choir. And so when he decided to pursue a professional music career, it seemed only natural to turn to the Bible for inspiration for his stage name. And thus the artist known as Genesis was born.

“When I was looking up stories and names in the Bible, I kept going back to the book of Genesis,” he said. “The definition of Genesis is the birth of something new, which is perfect for me. I’m breaking into the music world and showing people who I am. I’m something never before heard and never before seen.”

His new mixtape, “Black Ubermensch,” which drops Dec. 31, will unveil that sound to the world and show the music industry that there’s a hot new artist ready to hit the world of hip-hop by storm. The name of the mixtape – which uses the German word that describes the ultimate human – is in itself a statement of the kind of music he wants to bring to the world.

“I like to make a lot of music that is intellectually inclined,” he said. “It’s music you can listen to when you want to chill because it has a little bit of a more laid back vibe. But I try to keep it high-level vocabulary with good pacing throughout the songs. When people hear my music I want them to not only know my story and feel where I’m coming from as an artist, but to be able to relate to some of the stuff I’m talking about. I write a lot about things that are currently happening in my life. I like to think that everyone is an individual, but we still go through similar situations. I want to be relatable but original at the same time.”

This outlook on music is one that not only permeates each of Genesis’ projects, but also is the backbone for his business group called New Wave Music. It’s a collective of like-minded artists from Wilmington, Delaware and Baltimore, Maryland who have come together to collaborate on various artistic projects – from music to videography to short-films. It includes Genesis’ long-time best friend and business partner, who often works with him on producing and engineering sounds for which Genesis can create lyrics.

“We’re all looking to not only get ourselves out there to people and to be heard, but to create a musical environment where we can collaborate with anybody,” Genesis said. “In the future we hope to be a stepping stone for upcoming artists – to get them from not being known to being able to work with any record label and create an album. It all started when me and my best friend created our own studio in his house, and it all just kind of snowballed from there. People have been enjoying the music ever since.”

Fans who want to get a sample of that music can visit Genesis’ Soundcloud page, or follow him on Twitter or Instagram to find out about upcoming music releases or live performances.

Posted by ashleyburnett at 1:31 PM