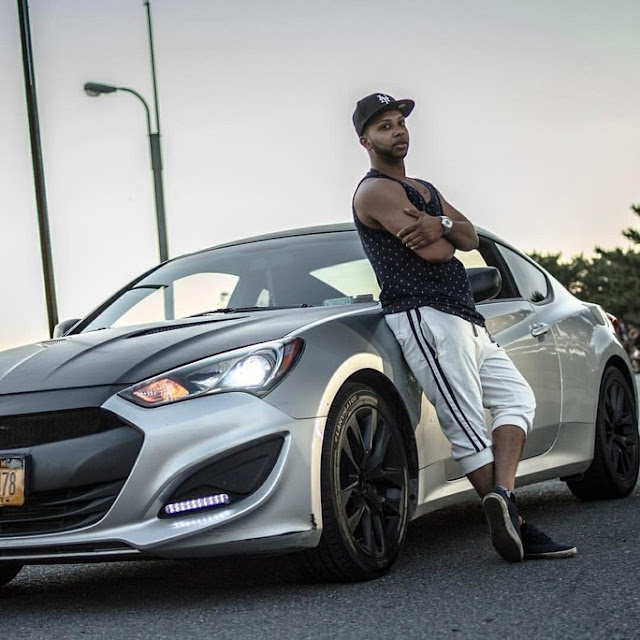 BROOKLYN, N.Y. – One of Ataul’s favorite memories of growing up in his home country of Bangladesh is listening to his mother singing folk songs throughout the house. Amana Bhuiyan was a professional singer in Bangladesh while he grew up, and her musical influence on his life eventually led to the birth of his own professional music career. Today he performs under the stage name Nonamus – writing music and producing and engineering some of the sickest hip-hop tracks to come out of New York City today. But even as he sits in the studio analyzing sounds and notes that people love today, he almost always remembers back to the gentle advice from his mother over the years that helped him become a better musician.
“I got most of my singing skills from her,” he said. “She taught me how to sing. I watched her and did what she did, trying to imitate her in some ways. She taught me breathing exercises and ways to excel my voice. When she’d catch me singing around the house, she’d give me tips and things like that. Eventually when we moved to America, me and my brother fell in love with hip-hop and we started doing different music than what she was singing. No I create pop and hip-hop music that’s different from what’s out there in the market right now, but it’s still music that people are listening to today and where the trends are. I’m into every type of music, though. I have some love songs, party songs, songs about break-ups. I can do pop or R&B or hard-core rap. I cover as much of the genre as there is.”

Nonamus said the original idea behind his stage name was to create an artist who worked solely behind the scenes and whose face wasn’t necessarily recognizable or tied to his sound. He wanted the music to speak for itself because he puts the work into discovering and creating the perfect sound.

“I like to make commercial music,” he said. “My main focus when I go in the studio is to have fun, but to make a buck from it. I don’t want to waste my time. I like music that can go mainstream – music that you could hear in commercials or on movies or played on the radio continuously. I do the science behind the music and find the sound and notes that people love. And the lyrics come from experiences in my life. I don’t like to talk about stuff that I haven’t experienced. All of my songs are previous experiences from my life written in a way that other people will be able to relate to.”

He’s put together a full album’s worth of songs that he’s hoping to release in entirety sometime toward the end of 2017 or early 2018. In the meantime he’s releasing singles sporadically over the course of the year. Two of his most recent singles are “The Life” and “Overtime,” both of which have received high praise from New York fans and some local radio play from Hot 97 and the disc jockey Hip-Hop Mike.

All of his five singles are currently available for purchase on iTunes, Google Play, Amazon, Tidal and Spotify. Fans can also sample more of his music on his Soundcloud page, or follow him @Nonamus_music on Instagram and Twitter, or under the name Nonamus Bhuiyan on Facebook.

Posted by ashleyburnett at 12:49 AM