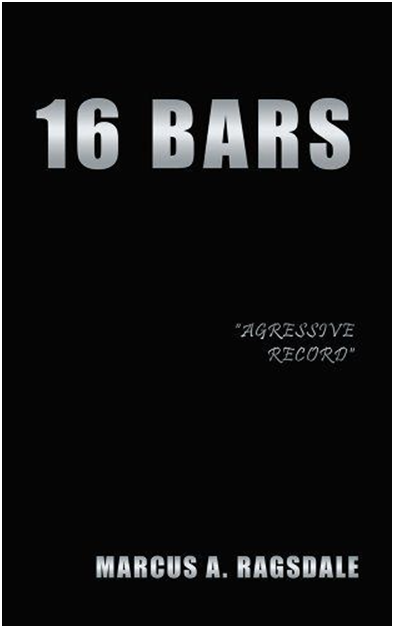 DETROIT, MI – When it comes to hip-hop, Marcus Ragsdale has a novel approach … literally.

Before releasing any of his music or collaborating with anyone on an album, Ragsdale is releasing a full novel’s worth of poetry in a new book entitled “16 Bars.” He hopes the book will introduce him to the world in ways that will inspire others and put his name on the map and draw attraction from big-name labels like Def Jam or Rock Nation.

“I’ve been writing poems since age 18,” he said. “When I first sat down to do poetry, my intention wasn’t to write a book, it was to relax my mind. I got to the point where I was writing four, five or even six different poems each day. When a year-and-a-half went by, I had all these poems and I decided I wanted to do something with a purpose. I needed something to change my life. I went for a walk one day and decided I was going to write a book.”

But it’s not your typical chapter book – it’s a book so unique that it almost feels like an album – or, more appropriately, a book of albums. In fact, he describes the project as a five-album career that encapsulates poems that tackle subject matter about anything from self-realization to building up the African American community.

“The longer you read and the deeper you get into my poetry, the more you’ll realize I’m a Black activist,” he said. “You won’t get that on the surface, but you’ll eventually see it. At the end of the day I want people to get enjoyment – to read it and be entertained. So many people out there enjoy poetry – even the ones who don’t like to read that much – and I have created a book that’s open for everybody. I like to think of it as a coffee table book because you can set it down on the coffee table and people will pick it up and read a couple of poems and then set it down and walk away inspired; and then the next person will come along and pick it up and read a couple of poems. There’s not too many people who can take their eyes off a poem once they start reading it.”

The name of the book, “16 Bars,” stems from Ragsdale’s love of hip-hop and purity he finds in the “correct amount of bars per verse in a song.”

“A lot of times today hip-hop artists don’t pay attention to that in a song,” he said. “But that’s the correct amount of bars per verse. I’m just a different kind of hip-hop artist, and my book is sort of like a guide to me and my albums. When I create my albums, 16 bars will be used. This book is a way for me to build a name for myself in the industry while giving people something that will be highly entertaining. Once people get their eyes on this book, they’re gonna want it.”

Ragsdale has provided a sample of his book on his website 16BarsByMarcus.com. Fans can also purchase the book on the website. To find out more about Ragsdale, or to keep tabs on new releases, fans can follow him on Facebook and Twitter under the name 16bars@MarcusRagsdale.

Posted by ashleyburnett at 11:07 AM