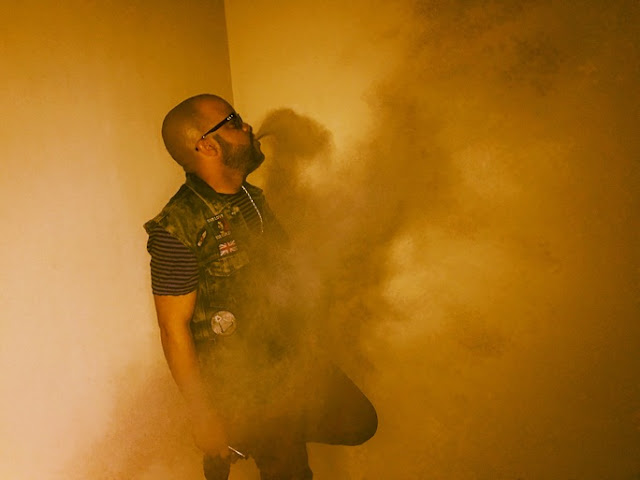 MIAMI, FL – Almost everyone has that one special love in their life – that person who always rests in the back of your mind and who you can’t ever seem to get over. That one person you’re passionate about and who elicits a feeling deep down in your soul unlike any other feeling in the world.

That’s how Top Knotch describes his relationship with music.

“Music for me is that girlfriend you can’t let go of,” he said. “It’s that love – that one love – that no matter how much I say I’m going to work on other things, I always come back to it. When you feel like you’re destined to do something – with every fiber of your being you know that’s what you’re supposed to be doing – that’s how I feel about music.”

The Miami, Florida native has been making hip-hop music for many years, launching singles and EPs that have elicited a dedicated fan following. In recent year’s he’s partnered with fellow rapper Sandman on some projects, and the two of them are beginning to take Florida by storm with their new music.

One of the most recent projects they collaborated on was Sandman’s EP “Past, Present, Future.” Top Knotch is featured on two singles from that EP – “For Meh” and “Ride” – and said he’s very proud of the work he’s put together in collaboration with Sandman.

“I first met Sandman when we were both going through similar trials and tribulations,” Top Knotch said. “We bumped into each other and started discussing some things, and that’s how our first project came about. We got some good buzz from that and we’ve just been going ever since.”

Most of Top Knotch’s music is born from stories from his life. In fact, he revels in the title of storyteller, and hopes that the lyrics from his songs are such that others can relate to them and feel connected to him in some way.

“Music gives me that tingly feeling,” he said. “And I want people to get that same feeling. When they listen to my music, I want it to be almost a spiritual experience. I like songs that stand the test of time, and I hope that when you listen to my music you won’t forget it. I want my songs to be something you always revert back to and always stick in your head – whether it’s something catchy you hear or something I said that related to you.”

And while many of his stories come from personal experience, some of it comes from his imagination – such as a recent single he wrote about the “nastiest stripper in the strip club.” Ultimately, however, all of his music is an outlet for him. Having spent much of his younger years getting into legal trouble, he has pursued music as a way to stay on the straight and narrow. In fact, that’s how he came up with the name TOP KNOTCH, which he said is an acronym for Types Of People Know No Other Than Criminal Heat. It’s a name and a life philosophy that he hopes others will be inspired by.

“I know where I came from, but now I’m top knotch,” he said. “And that’s not just for me, it’s for everybody. It’s way bigger than just me. It’s a philosophy and a way of living. It’s a thing for the people. There’s nothing selfish here. My music is about how we can make something bigger than just us.”

Fans who want to check out his singles on the “Past, Present Future” EP can do so by downloading them from iTunes. Additional music from Top Knotch can be found on Tidal, Google Play, Spotify, Datpiff and Soundcloud, and other digital download sites. And fans who want to know more about upcoming releases or live shows can follow him on social media on Instagram and Twitter and find out more about his private label, It’s Official Entertainment.


Posted by ashleyburnett at 5:00 PM