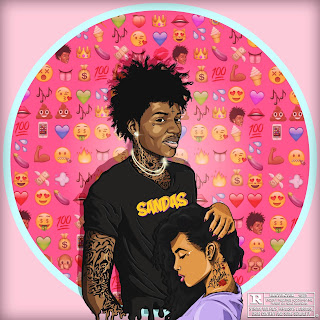 SahBabii is a musical sensation that the world has yet to be amazed by.  Hailing from the raw streets of Chicago his music doesnt leave any room for mediocrity in the game, you have to keep up!  Getting his start in music influenced by Apparatus Production CBMG brand, owned by his father -- a former high ranking member of a notorious Chicago street gang who turned his life arounD; SahBabii has firsthand knowledge of hustling and grinding. His father also instilled him leadership qualities, as well as a fierce work ethic. CBMG recently joined forces with ZeekyEnt. to help further SahBabii in his career. SahBabii Has just released his 3rd project entitled SANDAS available now on spinrilla! Be on the look-out because SahBabii is UP NEXT.
Listen and Download here.

Posted by WorldWideKeege at 5:01 AM