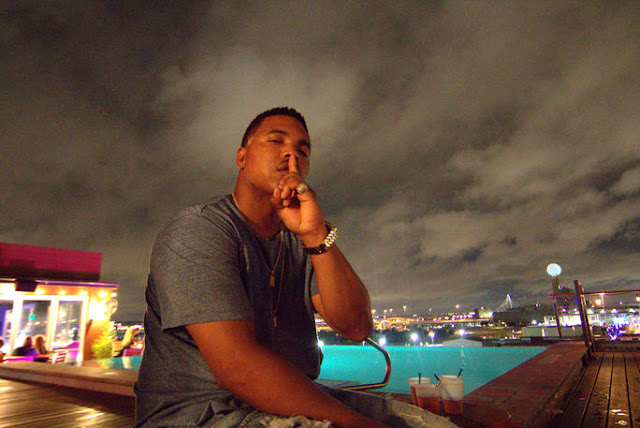 ARLINGTON, TX – Heidi J has worked with a lot of musicians over the years as a producer and manager. And according to her, Kal Gully is one of the best artists she’s ever worked with and one of the hottest new urban musicians to hit the music scene.

“I was at a show in early 2014 and it was Kal’s birthday and he was performing,” Heidi J said. “My friends were starting to leave but I told them I wanted to stay and listen to him. To be honest, the first song he performed was just alright, but it was intriguing enough to get me hooked. We started working together shortly thereafter, and I soon began to see just how good he really is. He had all this great music I’d never heard, and when I did hear it I realized how good he really was and I told myself that he was too good of an artist not to be heard.

Today Heidi J and Kal Gully collaborate together on a lot of work, but Heidi J said at least 80 percent of his music is “untouched” in the studio because Kal is such a natural.

“He’s very, very good and we have a very good energy with one another in the studio,” Heidi J said. “He’s such a good artist that he doesn’t have to be produced very much.”

The most recent evidence of this is a new single Kal Gully recently released called “Custos ft. HB” – which is a slang abbreviation for “customers.” Kal Gully describes it as a trap record and a street record, though it stands out because of a hook that’s “really catchy and a verse that stupid-good.”

“It transcends to the street world,” Kal Gully said. “But it can also cross over to mainstream. Barbershops have custos. Banks have custos. Kroger’s (supermarket) have custos. It’s a song about business transactions and all the places they take place. I’m proud of it, and I’m excited for more people to hear it and some of the other songs I’m working on.”

“Ultimately, when people listen to my music, I want them to be inspired by triumph,” he said. “I grew up in Chicago, which is the murder capital of the U.S. Some people don’t make it to see age 18 or don’t graduate high school. I want to be that person that people can look to and and say, ‘He came from there and made something, and I can, too.’ I want people to know that they can make a change in this world and make the world a better place.”

A new music video for “Custos” was recently put together by Dallas’ best-respected director Jeff Adair, and is currently available for fans to view on YouTube. Fans can also check out Kal Gully’s music on his website kalgully.com or on his Soundcloud page.

Kal Gully and Heidi J will also be releasing a full album sometime after the first of the year called “It Took All This” – an album that will somewhat chronicle the journey of his music career. For more information about upcoming music releases or live performances, fans can follow Kal Gully on social media on Instagram, Facebook and Twitter.

Posted by ashleyburnett at 10:45 PM