Fresh Out of Orange County, Sean Will to Drop Mixtape Will of OC II 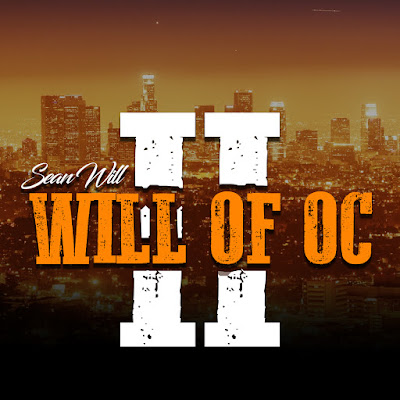 Orange County, CA – Self-made rapper Sean Will began his journey with music as a hobby, but when his friends caught wind of his talent, they encouraged him to take it from passion to a career. Now, the California native is on the road to recognition. Influenced by rappers the likes of Eminem and Tech N9ne, his style is fast paced and unique. Not only is his sound unique, his content is a refreshing departure from mainstream rap and hip hop. Listeners won’t find much music saturated with lyrics about drugs, sex, and money, but Will’s stories will be more about positivity and life experience.

Now, the eclectic rapper is breaking ground on the scene by releasing his upcoming mixtape, Will of OC II, a twelve-track album prepared to release on October 25th. As Will explains it, “The mixtape has more of a hyphy style with a few club bangers, but still keeping that riding on emotions and positive vibes.” The song “Rising Relic” chronicles Will’s musical voyage as an artist, “It’s just me talking about my vibe, and how I’m a relic that no one knows about yet, trying to rise.”

Will’s music is relatable, emotional, and distinct; there is truly something for everyone on his newest album. His music is a labor of love, as he confesses, “It’s not about money – it’s for the love.” There’s no telling how far and wide the artist’s music will take him, but one thing is certain: You’re going to know his name and sound. As his song Focus says, “My hope is to put it on the paper and focus.”