East Coast artist explores the power of the mind with new EP, single 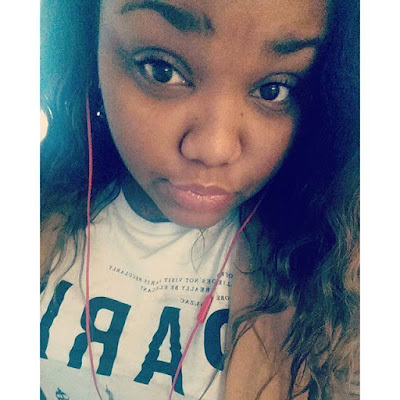 STAMFORD, CT – Though Kesna “Kesz” Campbell has been in the U.S. for more than a decade, she takes pride in paying homage to her heritage. The music she now creates started from Jamaica when at an early age she heard her grandmother making music.

The up-and-coming artist from Stamford, Connecticut recently released a single called “Move That Body” that is getting quite a bit of positive feedback from all around the country. She said it’s a feel-good song that anyone can dance to and enjoy, but its lyrics reflect a deeper side of her that she tries to capture in all of her songs.

“It’s a love story told through an up-beat dance hook,” Kesz said. “It has a lot of components in one song, and that’s really true of most of my music. A lot of my songs have to do with different aspects of a person’s life, and for the most part it comes down to the thoughts and feelings that happen in your mind. One of my songs, for instance, is about breaking habits – and you have to be mentally strong if you’re going to be ready to break a specific habit. Another song is about memories and love, which focuses on another part of the mind. Ultimately I believe that everything we love comes from your mind and your heart, and that’s what I want to make music about.”

Kesz said she’s working on a new EP that’ll launch in early November called “Love of Mind” that will examine that train of thought. She said she’s excited to release a new project to her fans because she knows her music is a way for people to connect to one another as they look inward and discover who they are and what makes them unique.

“When they listen to my music I hope they’re finding love through their own goals and pursuits,” she said. “The type of songs I sing are really mixed genre. I’m not just R&B – I have a very bouquet song, and a pop song, and an R&B song and a hip-hop song … I’m very diverse, and I hope people love it.”

Kesz is currently pursuing a business degree at a university in Connecticut, but she said she’s always known that she wanted to be a singer. It took some encouragement from her mother a few years back, however, to convince her to actively pursue that dream and begin recording her music.

She said from day one she has tried to incorporate her Jamaican heritage into her music. She tries to visit Jamaica as often as she can, and hopes to do that even more in the future specifically to further explore her heritage and culture and the influences that make that country’s music and sound so unique.

Fans can check out Kesz’s music on her website KesZMusic.com, or on her Soundcloud page. She also is active on social media sites such as Facebook and Twitter.


Posted by ashleyburnett at 1:41 AM