Artist J-Money Releases Album All Eyes on Me, Hustle Non-Stop 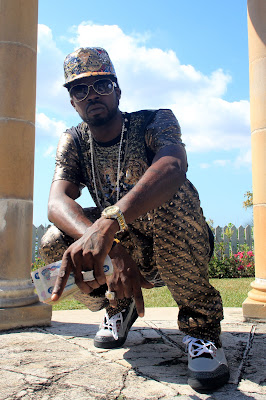 Nassau, Bahamas – When you mention artist Ricardo Johnson’s name in the islands, nearly everyone will know the up and coming artist’s name. A senior to the rap and music game, “J-Money” acts as a mentor and inspiration for fellow islanders in the pursuit of musical success. Now, the artist is readying himself for the debut of his newest album, All Eyes on Me, Hustle Non-Stop, which is set to release October 1st, 2016. J-Money got his start in music six years ago, and was moved to take the frustrations and struggles of his life and turn them into a force of good. The will of God and his knack for beats would lead him to create a positive outlet for his feelings. “My music is straight from the heart, it’s my every day life,” confesses J-Money, “It’s easier to put it in a song, than to put your frustrations out at people. It relieves me in a way; that’s my hiding spot.”

Ricardo’s message is one that can reach millions of people in the urban areas of the world, and his music aims to relate to others in a way that helps them cope with struggle and the trials of life. He explains, “There are hard times right now all over the world, every one right now is trying to make ends meet. It ain’t easy at all. Crime rates are going up, jobs are hard to find. With my music, I feel all the people around the world are going through the same struggles.” J-Money’s newest album All Eyes on Me, Hustle Non-Stop chronicles the cycle of struggle and triumph the artist has experienced in his life.

Ultimately, fame isn’t J-Money’s goal. “I’ve been famous,” he explains, “That’s now why I do this.” Inevitably, his passion for his career is all about the music. “My music is more about a connection with my people. I want young kids to look at me and say, ‘He came from nothing, and he became something – he didn’t just get a flashy car.’”

Posted by ashleyburnett at 10:55 PM