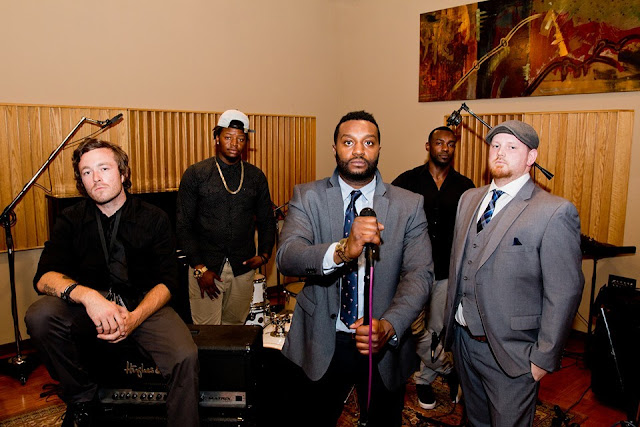 Texas – Kanye’s swagger meets Rage Against the Machine’s pure, uninhibited grit in Otto Silence – a South Texas group unafraid of ruffling feathers and getting listeners to stop and think. The four-man group pulls together sounds that range from rock to 90’s hip hop in a fusion that the band calls “Heavy Hip Hop.” There is no one box that Otto Silence checks off; at a show, you can expect to journey amongst a vast spectrum of musical genres, starting with jazz, dabbling in R&B, adding in a dose of rap, and then fusing each sound together to create one, awe-inspiring sound. Their latest project, an album entitled Skin Tone is a culmination of thought and hope for the world, and a cry for help in a dark and troubled society.

Skin Tone is, as the group puts its, “controversial.” While racial disparity and political unrest are at an all time high, the group is using their no-holds-barred music to encourage the nation to come face to face with the facts. The album in and of itself is an awakening to the complacent, passive participants in the country’s most severe issues. “It’s an album of awareness more than judgment,” explains group founder Dermon “Yung Silence” Smith, “It goes against everything people want to acknowledge, and makes people face the facts. All parties have to acknowledge that everyone has played a part in all of this.”
While Skin Tone deals with heavy, difficult topics, Yung Silence insists that the album spreads a message of hope, unity and progress.

With riveting rhythms and a must-hear message, Otto Silence is a group to keep your eyes and ears on.


Posted by ashleyburnett at 9:36 AM