Jade Makes Musical Debut With “Side of Me” 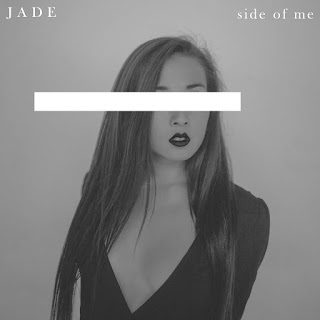 Artist, dancer, creator: Jade is an artist to watch.

Toronto, Canada – Born and raised in Toronto, Jade’s artistic career had early beginnings. The artist, a triple threat, tried her hand at poetry while in elementary school, and developed her artistic talents by singing in her church choir, and studying dance. Despite the performer’s humble start, her talents have taken her from her local church choir to dancing backup for the likes of Nick Jonas and studying music at the renowned Cardinal Carter Academy for the Arts. Jade’s songwriting has made the quickest journey, however, beginning a mere year ago. “At first I was writing just for myself, and I wasn’t showing anyone except close friends. Then, I went through a break-up, and after that I had a lot of inspiration, so I decided to start doing something with it.” Jade’s misfortune in her relationship was a blessing in disguise, allowing her to discover an embedded talent and hone her craft.

A rare breed of sex appeal meets raw, uninhibited talent in Jade, whose music is a fusion between alternative music and emotional pop. “It’s not a straight-board, Beyoncé-type sexy,” explains the artist, “I also like to mix a sexy vibe with a weird vibe,” jokingly naming her personal brand of musical artistry “strange sexy.” Her newest project, a single entitled “Side of Me,” is deeply emotional and mysterious. According to Jade, “it’s inspired by how everyone has different alter egos and we only show people one side of us, but there are other sides that are hidden.” Produced by Jesse Yonge and mixed and mastered by Sunny Diamonds, the song is a tribute to Jade’s personal alter ego. “I’m telling someone there’s a side of me you haven’t seen, that wants to come out.”

“Side of Me” will release on August 7th on SoundCloud.

Posted by ashleyburnett at 11:39 AM