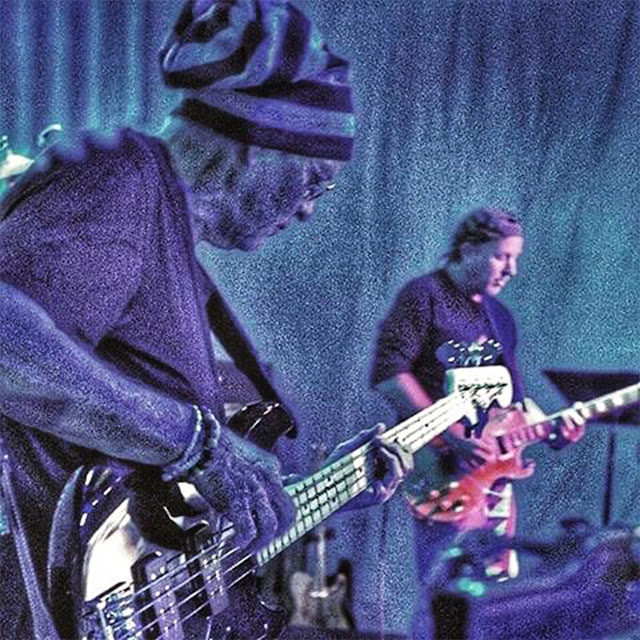 Over the years, Wright came to use the phrase frequently. It’s taken on a life of its own and, for him, is a phrase implies taking it easy and enjoying life. So when it came time to name his new rock band, it seemed like a no-brainer to go with Chile Colorado.

“It’s something that just kind of stuck,” Wright said. “I’ve been making music for many years and I’ve recorded with some pretty famous people – like the Doobie Brothers, Robin Trower, Pablo Cruz, Toto and Little River Band. I’ve done tons of studio sessions in LA and all around the area, but I never really had a band of my own.”

And so Wright began to form the trio that makes up Chile Colorado. The band consists of Wright, songwriter, lead guitarist and vocalist; Paul Goss, bass and backup vocals; and John Ferraro, drummer. All members of the band are longtime residents of California and have spent tons of hours in the recording studio.
Wright said the purpose of the band is to take a classic old rock sound – similar to ZZ Top – and put a modern-day twist on it.

“I don’t think a lot of people are putting out records with our type of sound right now,” Wright said. “People have said they hear a little bit of this and a little bit of that – from Hendrix to some of the hotter classic rock bands of the 70s. When people hear our music I just want them to want to party – to feel like they’re kind of going back a bit in time but at the same time moving forward. We just want to bring back the old classic rock sound with a bit of a modern twist to it.”

Earlier this summer the band released its first studio album, “Getting Restless.” Wright worked with notorious engineer and producer, Chris Minto, who worked on many of the KISS albums and has multiple gold and platinum records. Minto’s wife, Janet Planet – notorious in her own right within the music industry – helped with some of the lyrics.

Since its release in June, the album has gone on to be played on 80 radio stations throughout the U.S. The single “Getting Restless With Your Love” scored No. 18 on the Jambands airplay chart, and has also made its way onto the AMA charts.

Fans can check out the album by visiting Chile Colorado’s Soundcloud page or visiting their website at ChileColorado.com. They also have music videos from many of their songs on YouTube. For more information about upcoming live shows or future releases, follow the band on social media on Facebook, Instagram or Twitter.

Posted by ashleyburnett at 9:02 PM