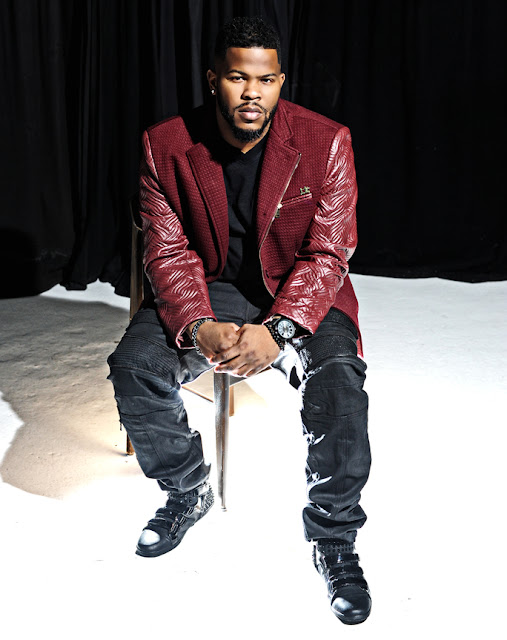 CHICAGO, IL – When Royalend DuPris Rice was a little kid, his father was a musician. He remembers multiple occasions when he would go into his father’s studio and play with the studio equipment and get in trouble for it. But despite those moments of discipline, he looks back on those memories fondly as the starting point for a music career that today is building a steady fan base, both in his home town of Chicago and throughout the rest of the U.S.

As a professional musician, Rice goes by the name Rollin’ B. He said the nickname started while he was in high school, around the time the movie “Juice” came out, staring Tupac – whose character was named Roland Bishop. Friends from school would playfully call him that, and eventually when he decided to make music a career he adjusted it a bit to become what it is today – Rollin’ B.

He’s currently in production on his first album, “Dream But Don’t Sleep,” which he hopes to drop later this summer. The first single off that album is already out and available on all digital download sites – such as iTunes, Spotify, Google Play and more. It’s called “Boomerang,” and it’s a song he describes as a laid-back, heartfelt groove that many people will dig.

“It’s a song about when you’re down and out but you keep coming back, like a boomerang,” he said. “I think what sets me apart from everybody else is the message I attach to my music. I do the normal club songs and the ballin type of songs, but a lot of my songs have a positive message. I don’t just rap about selling drugs and gang banging. If I mention those things it’s in the past tense and I don’t glorify that lifestyle. I came from that, but it’s not what I’m about now. Today I want my music to kind of show that I have a fun vibe about me and that I can use my platform to reach younger people. There’s more to this music than just the same old drugs, guns, girls and cars. There’s definitely more to my music than that.”

When Rollin’ B. first started rapping as a freshman in high school, he began with battle rapping against other wordsmiths from rival schools. In 2009 he became the Chicago Idol winner, and later that year won the Indian Thugs Entertainment six-month free promotional package. It allowed him to perform in shows that featured headliners such as Kanye West, Alicia Keyes and Lil Durk. Those shows spurred a “hunger to succeed and an ability to speak for those without a voice.”

Those who want to sample some of his music can search for the single “Boomerang” on any digital streaming service. Fans can also follow Rollin’ B. on social media @Rollinb708 on Instagram and Twitter.

Posted by ashleyburnett at 11:47 PM